Today I want to talk a little bit about a workshop I attended on July 10. It was Chasing the Light with Tony Allain. The workshop was very special for me not just because I admire Tony’s works a lot, but also because it was my first workshop and I wasn’t sure if I will be able to keep up, since I was probably the only one who had less than a year of experience with pastels there.

Tony is a fantastic teacher, who managed to show us various techniques in a very short time. I will try and do a quick recap of the workshop and what stood out for me in particular (my thoughts will be in italics)

1. The workshop started with demonstration. Tony paints very fast but it’s a fascinating process to observe. (Tony speaks about his painting process in this short video  from the pastel convention.) That was a very interesting moment for me, as I first got back into drawing partly because I was fascinated with what urban sketchers do- just capture life around us and carefully observe the surroundings. I decided to invest in a more solid sketchbook, Tony’s sketchbook had years of work in it and basically unlimited resources for subject material.

His paintings have so much air in them! That is what I personally struggled with, probably because I do paint from photos most of the time, and even on a plein air I just have to capture everything. Will work on that for sure.

I was surprised with some technical moments, the choices of color in particular, I am curious how it will develop in my case.

2. Second part was figure drawing. Tony asked us to bring fat black markers and I was wondering what for. What he did with them was incredible-a story developing before our eyes!

Then it came our turn to give it a try. I didn’t have a reference that would have a bunch of people on it, so I just painted from my head. I chose Sennelier paper for this exercise.

I loved this exercise, which was totally unexpected. I don’t normally draw people, and this was a nice challenge, but also so so much fun. I am tempted to go “people watching” to a museum or even just a city street and see if I can make the same magic.

3. After the break we moved on to even a bigger challenge- drawing with minimal amount of strokes. Tony showed us how he does it by drawing a simple still life. And again, this was very important point for me, because I tend to go and layer things up, overworking the painting.

Then out turn came, we were given 250 strokes and my major shortcoming of not knowing when to stop came to light

First two were somethings of a disaster

I decided to try again and it was even less satisfying

whooping 300 strokes and still not happy 😀

I decided to switch the subject and grabbed a photo a friend took in Northern Norway. It was a very simple and tranquil scene, so not much to mess up, but it still took me over the limit

My final attempt was some crab apples and it was kind of funny, I was so frustrated with myself, I thought I was going to cry. I painted the background, hated it and prepared to toss it, and people in class stopped me and made me continue. I foolishly focused on amount of strokes and deemed myself a failure. Tony came up and kindly gave his suggestions (which was basically, just add branches and you’re done). It ended up being the painting I liked the most out of the four done for this exercise.

This exercise was the hardest, but also very important for me. I even thought how I can use it for the art lessons I do with children.

4) Tony did landscape demonstrations of a sunny day (see that amazing orange) and what was probably my most favorite painting of the day- early morning light in Venice.

We also got to see a demonstration of drawing a rooster, capturing his amazing feathers with bold, long strokes

The class concluded with an improvisation demonstration, and it was also one of my favorites. I love how effortless the atmosphere looks, how every color holds the mood together

Like I said, I learned so much in this class. I clearly saw some of my shortcomings that I chose to ignore before. I also learned that I am actually not that bad. The amount of positive feedback received was very encouraging indeed. I will hopefully be able to avoid the clutter in my paintings from now on and be braver with my colors. My only regret is that it was just one day workshop (there was three days option too, but it wasn’t possible for me to take it this year) and I hope to take a longer one if ever opportunity arises again.

Huge thanks to Tony for sharing his vision and wisdom!

4 thoughts on “Chasing the Light with Tony Allain”

Hello, thank you for visiting Green Rain Art page. My name is Anya, I am a freelance artist based in Denver, Colorado. I enjoy working with the variety of media and exploring new techniques. All art displayed on this page belongs to me, unless stated otherwise,  please do not use without permission. 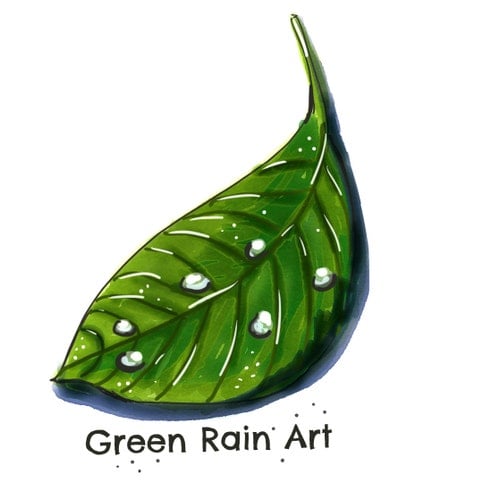